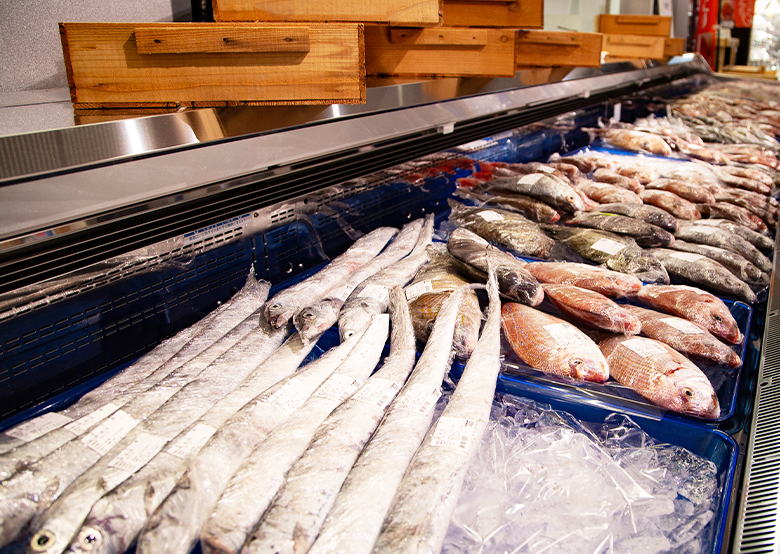 - Abundant Resources Nurtured by Nature –Why are the fish in Minoshima so delicious?

The Kii Channel is affected by the inland sea water from Osaka Bay and the Kuroshio branch current from the south, and so has abundant marine resources and thriving coastal fisheries. Among them, the Minoshima fishing port is known as one of the best fishing grounds in Japan.

Plankton, which feeds fish, grows well due to the abundant nutrition carried from the mountains along the Kinokawa, Arida, and Hirokawa rivers, and the fat of the coastal fish is good. For this reason, the traditional street name of "Tatsugahama" has become synonymous with high-quality fish.

Fisherman of the the Utase ship fishery, with a history of more than 200 years since the late Edo period, have caught more than 200 species of fish, mainly hairtail fish, and can boast the largest catches in Japan. 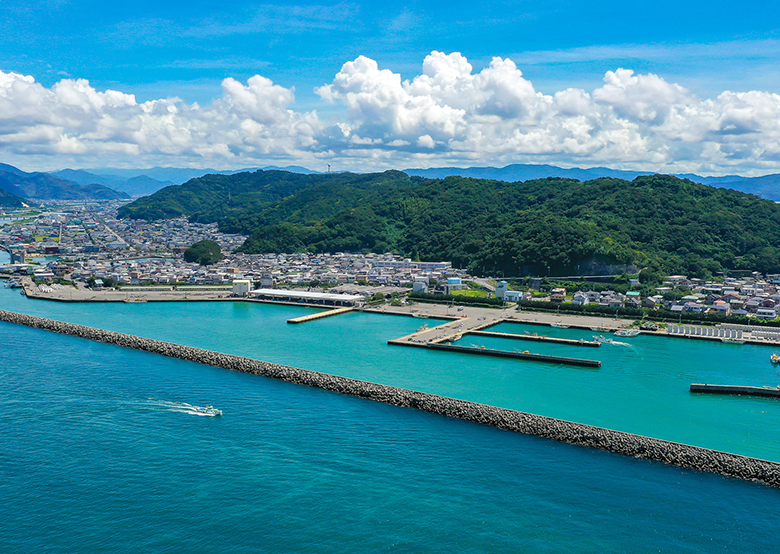 The largest catches of hairtail fish in Japan!

Minoshima fishing port has had the number one largest hairtail fish catches in Japan for many years. Minoshima hairtail fish develop a fattiness that enhances their flavor due to the special conditions of the tides of the Kii channel. Thus, they have been highly regarded and branded "Kishu Kinotachi".

One of the reasons for their deliciousness is that the fish are distributed in a very fresh state because they are bid on and shipped out from the port, as they are, immediately after being lifted from the ship. The fatty white meat has an exquisitely light taste, although their faces look ferocious. Locally, it is known as "Taccho". 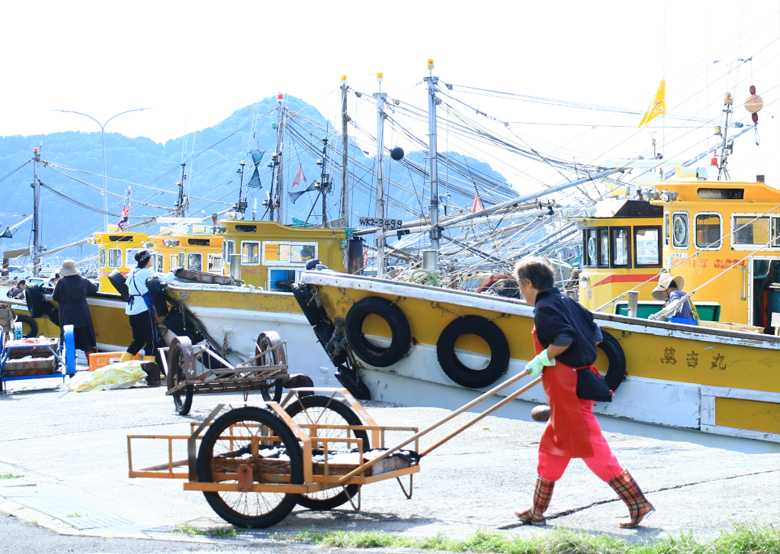 A lively and warm-hearted fishing town

Around 3:00 pm, the port is filled with the unique hand carts waiting for the ships to return, and middlemen holding wooden bills are on standby at the bidding area.Thus, in no time at all the port overflows with life.

One after the other, the toro boxes (the boxes for shipping seafood) are loaded into the hand carts and covered with ice to go to the bidding site. A familiar and intense game then begins. The middlemen engage in a back and forth, writing the price on the wooden bills, trying to underbid each other.

What they have in common is their long-standing sense of duty and mutual understanding for each other. Hairtail fishing is resource management, so it is essential to act responsibly not only toward people but also toward fish, such as adjusting the number of departure days and adjusting the size of the mesh in the nets.

In Arida, there are many processed products unique to the port town that use fresh fish: such as Nare sushi (fermented sushi) a local dish that represents Kishu, Tachiuo-kabura sushi (hairtail fish sushi wrapped with thinly sliced turnip), and shrimp senbei (a cracker baked with small shrimp). Among them is "Honeten", which is made by mashing up ground hairtail fish, bones included, and frying it. This is an original delicacy unique to this town.